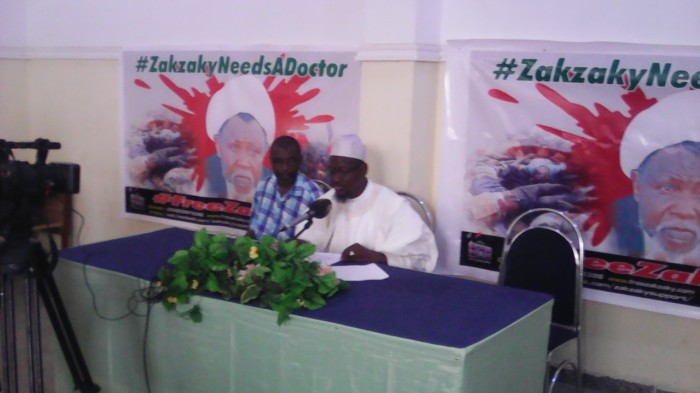 Gentlemen of the Press, Good morning.

The Release of the Report

On the 29th day of July 2016 the Kaduna State Government released the Executive Summary and Full Report of the Judicial Commission of Inquiry (JCI) set up to unravel the immediate and remote causes of the December 12-14, 2015 violent attack by the Nigerian Army on members of the Islamic Movement in Nigeria (IMN), in Zaria resulting in the death of over 1000 persons and wanton destruction properties.

It is on record that the Islamic Movement in Nigeria (IMN) boycotted the sitting of the Judicial Commission of Inquiry and we stated our reasons for so doing and we restate those reasons which we consider as valid:

On the Report of the Judicial Commission of inquiry.

Not only was disproportionate force employed in the brutal attack of December 2015 in Zaria, it was clear the military went for the kill. That was not the first time that the Military was attempting to assassinate Shaikh Zakzaky. In fact, he has escaped many assassination attempts, siege or ambush by the Nigerian security operatives or their agents. Newspaper reports are replete with these instances over time. In 2009, the Shaikh openly declared that the government was after his life and they had planned to bomb his house and afterwards commit massacre. Ever since then, the military had carried out several attempts at Shaikh Zakzakys life, and on at least two of such occasions, shots were actually fired at the convoy of Shaikh Zakzaky. In July 2015, soldiers laid ambush on his convoy on its way to Abuja. About 10 weeks before the December 2015 massacre was carried out, Shaikh once again exposed the plan for the massacre in exactly the way it was eventually executed in December 2015. Thus, the foundation for the massacre was long laid and it never abated. Clearly, it was pre-planned, and it took years to plot and execute. What is baffling is how JCI can clearly identify the use of excessive force by the military, stated in their report under Constitutional Responsibilities of the Armed Forces of Nigeria that Section 217 of the 1999 Constitution of the Federal Republic of Nigeria (as amended) mandates the Armed Forces of Nigeria with among others suppressing, insurrection and acting in aid of civil authorities to restore order when called upon to do so by the President, but subject to such conditions as may be prescribed by an Act of the National Assembly, and yet be silent on this glaring violation. It therefore shied away from making recommendations on what is to be done with those that ultimately gave the orders.

Overall, it seems fairly obvious that the Judicial Commission of Inquiry (JCI) was a typical commission with a pre-determined mandate and report. Islamic Movement in Nigeria (IMN) had pointed out this right from the outset. Inclusion of some members known to be fanatical arch-enemies of IMN as manifested in their utterances, actions and writings pointed to this fact. That stripped the JCI of any credibility and impartiality and this can now be clearly seen in their report and recommendations. It makes it look more like an Indictment Commission rather than an Inquiry Commission.

Consequently we reject the report and its recommendations based on the points highlighted earlier.
However if the Federal government and Kaduna state government are sincere in their claim that they will do justice on what happened on 12-14 December, 2015, they should as a matter of urgency release our abducted leader, Sheikh Zakzaky and others held with him, after languishing in the gulag for the past eight months. Taking this step will show to the world their intent in seeing a peaceful end to the Zaria massacre by the Nigerian Army.