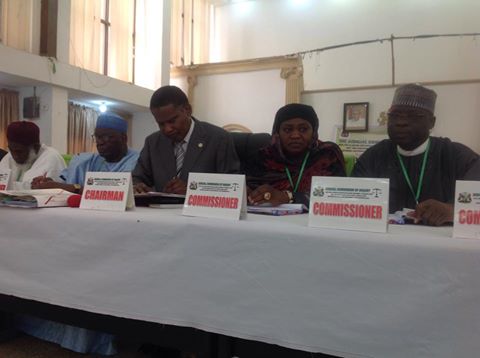 I am not in the least surprised by the report of the Judicial Commission of Inquiry, JCI established by the Kaduna state Governor Nasir El-Rufai to investigate what the Governor and others mischievously described as “Army-Shi’ite clash” in Zaria even as the unarmed members of the Islamic Movement in Nigeria, IMN were brutally massacre by the Nigeria Army.

I remember asking the question in one of my write-ups ‘who clashed with who?’ This is because there was no such thing as a clash but a merciless misuse of power by the Nigerian Army that went on a killing spree butchering young men, women and children in the most inhuman and extra-judicial manner imaginable.

The soldiers were there to kill everyone present including the leader of the Movement Sheikh Ibraheem Zakzaky who miraculously survived their hypocrisy such that they were even chanting anti-Shi’ite slogans proving that it was simply genocide and not a clash. For that purpose they spent all the hours between 12th to 14th of December 2015 killing and clearing the scenes at IMN’s Hussainiyya at Sokoto Road inn Zaria, Residence of the IMN leader at Gyallesu in Zaria as well as the Cemetery and Film Village of the IMN along Jos road in Zaria.

Alas, thanks to the focused and persistent but non-violent campaign by the IMN against the massacre that has been internationalized to the extent that the hypocrisy of the Nigerian government to wipe out the “Shi’ites” in order to please Saudi Arabia and Israel was exposed.

The leaked JCI report of the JCI has already indicted the Army as did other reputable international human rights bodies across the globe and is calling for the prosecution of the General Officer Commanding the 1 Division of the Army in Kaduna Major General Adeniyi Oyebade.

It is worth asking that if the JCI could reach such a decision without cross-examining the IMN members and its leader and without receiving any memo from them, what would have been the outcome if the IMN was at the commission?

Definitely the answer is not far-fetched, more Army brutalities would have been exposed, more acts of inhumanity, more human rights violations and crimes against humanity would have also been exposed.

The report would have gone beyond to even expose the roles of some sacred cows like the President Muhammadu Buhari, the Chief of Army Staff, Lt. Gen. Tukur Buratai and Governor of Kaduna state, Nasir El-Rufai in the December 2015 Zaria massacre.

What the report has done now is simply reduced the pressure on the civilian killer regime by indicting the GOC and using him as the sacrificial goat in order to save the necks of the true perpetrators and master-minds of the crimes.

Definitely no right thinking person would believe that the GOC acted on his own volition because he has a COAS and C-in-C above him. It is not just a simple cordon and search operation but a well pre-planned and executed operation with foreign interest in it. Whosoever might have been the GOC at that time would have acted in the same manner because of the special interests from above and would have suffered the same fate.

The pressure on the Nigerian civilian killer regime made it to have no choice than to intimidate the IMN and ensure that it does not come before the JCI. By this, through impunity the government abducted and illegally detained the leader of the Movement Sheikh Ibraheem Zakzaky and his wife and also arrested and imprisoned over 200 members of the Movement to stop them from testifying before the JCI lest they decide to.

If they were truly investigating the said clash why didn’t the JCI cross-examine the direct victims of the massacre that are up till this time in the custody of the government? Why didn’t they present the revered Sheikh before the Commission? Why didn’t they bring those in detention to testify before the JCI? Why were they only interested in third-party submissions from the side of the IMN and not the direct victims? They were probably not interested in more revelations, simple.

Right from day one, the Kaduna state Governor didn’t want the IMN to attend the JCI in order to over-look a lot of other crimes they have jointly committed along with the Army. He started by indicting the Movement in his speech and labeling unsubstantiated and false accusations against it and even declaring that the leader of the Movement would be prosecuted. He did all these as he was swearing-in the JCI commissioners to show how the side to which he belonged.

Secondly, he swore-in arch-enemies of the Movement including those that have not only called for the mass killing of IMN members but have even written books calling for their massacre as commissioners in the JCI.

He went further to bring before the JCI sponsored elements to testify and blackmail the IMN in such a way that all those that went before the commission, except for a few that spoke in favor of the IMN, were all monotonous and in support of the malicious indictments labeled against the IMN by the Governor.

The interest of the IMN was totally shelved aside in setting up the JCI in such a way that it was not represented in the commission and no independent human rights body was also involved in order to tame any possibility of exposing the real perpetrators of the crime.

Unexpectedly to the government, the case of the IMN was taken before the International Criminal Court ICC, by the Islamic Human Rights Commission of London. The Amnesty International also indicted the Army and the Kaduna state government by exposing satellite photos of one of the sites where the murdered IMN members were mass buried to hide the heinous crime. This is also not forgetting the report of the Human Rights Watch that was the first to expose the government’s inhumanity.

This forced the Kaduna state government to confess burying 347 IMN members in a mass grave even as the Nigerian Army is denying killing anybody except the seven confessed by the COAS. There was no way to hide it again and so they were forced to shop for reasons for the burial that was in total violation of the Geneva Convention.

The JCI also testified that the Army refused to say how many they have killed and so the number of those killed is now officially accepted as 347 and one fabricated soldier whose death was not independently determined.

Even the fabricated killed soldier was initially not mentioned at all by the COAS or the Army during its first press conference after the massacre until they sensed the danger involved in their going about saying that they clashed with the Shi’ites and yet they suffered no single casualty even as they killed over 1000 of them. So, they immediately fabricated the killing of one soldier without any independent postmortem or examination.

This fabrication of the killing of a soldier was also in favor of the Kaduna state government which it capitalized on to continue imprisoning IMN members and using it as part of the fabricated charges against them in court to clear itself of accusations from the public.

The IMN on its part has declared names and profiles of not less than 950 of its members missing since the pogrom out of the over 1000 that might have been killed by the zombies so far and is still compiling.

The JCI report has been technically produced to reduce tension and pressure on the government and its act of state terrorism and the best way to sweep everything under the carpet is to sacrifice the GOC and absolve the COAS and the C-in-C.

It is now clear to the world that the Nigerian regime used its Army to massacre innocent unarmed civilians because they practice a minority faith different from that of those in authority using tyranny and impunity. This must not all end on the GOC alone the real master-minds must be exposed and punished as well.

Those members of IMN whose rights and humanity have been violated must be compensated accordingly as they are entitled to. Those mass buried must be exhumed and given befitting burials as their relations deserve the right to know if they are dead and buried and not to live with the assumption or supposition that they were massacred by Nigerian Army in Zaria in 2015.

The Kaduna state government must also face the consequences of burying people without certifying whether they are dead or alive as many might have been buried in mass graves alive simply because they were rendered helpless with bullet wounds and the government is busy trying to hide its act of state terrorism. All these crimes and many more must be exposed and all perpetrators punished as well.

In as much as they have decided to sacrifice the GOC to absolve their selves, even though he declared responsibility for the killings before the JCI during his cross examination, real fairness and justice must not only be done but must be seen to have been done.

We await to see the magic that will come with the official making of the report public and the subsequent implementation of the recommendations made by the JCI for indeed Nigerian governments of various times have yet to reach the level of civilization of implementing reports. This fact is known to every Nigerian.

As a result the IMN will continue in its quest for justice through peaceful means in the courts of law within Nigeria and in The Hague until justice and fairness would be seen to have been done as no one could be deceived by turning the GOC into a sacrificial goat.