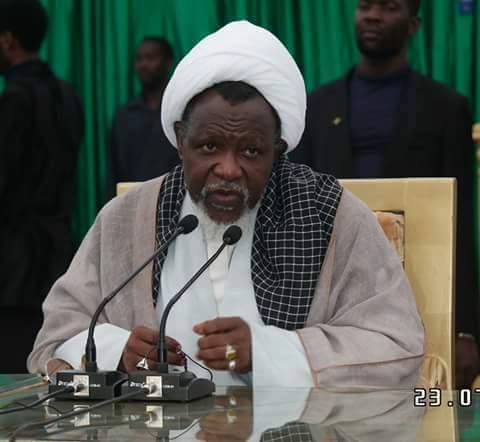 The Islamic Movement in Nigeria IMN has advised the Judicial Commission of Inquiry sitting in Kaduna to insist on the restoration of legal and constitutional rights denied him by the Ngerian Government.

This is contained in a press statement issued today by the Movement and signed by Ibrahim Musa, the President of the Media Forum of the Movement.

It described as perplexing for the government to deny access to the IMN leader and the commission to insist that his counsel submit a written memo.

“What will our Lawyers submit to the commission if our leader is denied his fundamental legal right to have access to his lawyers? We wish to remind the Commission that Sheikh Ibraheem Zakzaky was attacked in his house for two days, wherein his 3 children were murdered in cold blood, his wife shot, he himself wounded by bullets in six different places, his senior sister roasted alive including some women, hundreds of his followers killed by gunshots, his house demolished with the rubble cleared, his Islamic center bulldozed and cleared also, and his mother’s grave desecrated along with those of his children. If the public is not allowed to hear his own side of the story, whose story will do justice to the terms of reference given to the Commission?”

The statement also expressed surprise at the commission’s inability to instruct the security agencies to allow Sheikh Zakzaky’s counsel access to him saying, “We find it difficult to believe that a Commission of inquiry will give an order that the security services should allow our lawyers to meet Sheikh Zakzaky up to four times but they will refuse to oblige. The public needs an answer to why this flagrant disobedience to the commission”.

The statement also added “Whosoever advised the commission to continue with it’s proceeding does not wish the Commission well, because whatever it will submit to the government will lack credibility in the eyes of well-meaning Nigerians and the world in general”.

The IMN reiterated its earlier declaration that it would boycott the commission if the its leader is not release.

“While we will be glad if the legal rights of our leader are restored, we still reiterate our earlier demand that we will not work with the Commission of Inquiry unless Sheikh Ibraheem Zakzaky is released after more than ninety days of incarceration.”